ADD_THIS_TEXT
Email inboxes all across the world get bombarded by well-meaning senders.

You aren’t trying to be annoying. But despite your intentions, some recipients won’t open, click, listen or respond.

And your email list of prospects brings in fewer leads than a car salesperson with a big ego. You check your phone far too often for lead notifications, and there’s a nagging feeling in the back of your mind that you’re doing something wrong.

Well, I don’t want to be trite, but you probably are.

Emailing your prospects is as valuable as putting your surfboard in the water. If you don’t actually stand up and ride the waves, you’re not surfing. And if you email prospects and don’t get a response, you’re not accomplishing anything.

In other words, the question isn’t “Do you email?”

Here are the most to least important priorities of email senders.

As you can see, 70% of email senders list their top priority as increasing the quality of their list.

We can clearly see that truth in the data of prospecting. Less than 24% of sales emails get opened by their recipients.

So the goal of increasing email list quality is an important one — increasingly so when talking about cold emailing.

And the measuring stick of that goal is your sender score.

What is your sender score?

Your sender score is a measurement of how trustworthy the internet thinks emails sent from your domain are.

It’s a spectrum of 0 to 100 and the higher your sender score, the more trustworthy your emails.

And down and down it goes, into an abyss that’s difficult to climb out of.

If you want to check your sender score, you can use Sender Score.

To increase your sender score and give your emails the best chance of performing well, you first need to know what makes your grade plummet.

Then, we’ll discuss how you can scrub your email list clean to increase your results.

What makes your sender score plummet?

As you can see, there is a close association between your sender score and a number of emails delivered.

The worse your sender score, the less likely it is that your emails will make it to your prospects.

The vice versa is also true. The fewer emails that make it to your prospects, the more your sender score plummets.

Here are the three main things that will make your sender score go through the floor, decreasing lead generation rates and overall sales.

If the word “blacklist” doesn’t scare you enough, let me finish the job.

When someone blacklists your email domain, it communicates to email providers that you’re not trustworthy.

Basically, it’s your recipients saying, “I don’t ever want to receive these emails again.”

But it’s more than that. After all, if they wanted to simply not receive your emails, they could just unsubscribe. Blacklisting says, “I don’t want to receive these emails, and I don’t think this person is trustworthy.”

And blacklisting an email address is as simple as going into your Gmail tab and clicking “report spam” or “report phishing.” 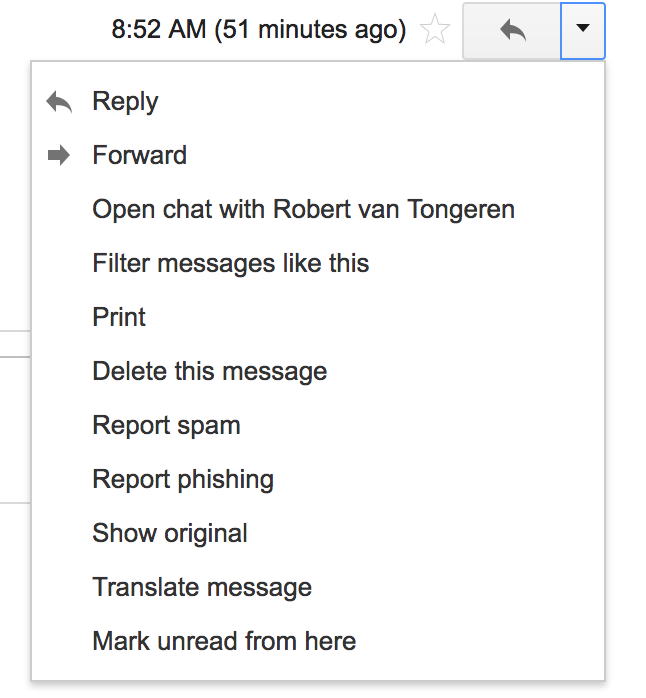 If you get blacklisted, it might be best to just start from square one with a new email sending domain.

It’s no secret that an arrival in the spam portion of someone’s inbox hurts your sender score. But that doesn’t stop over half of email senders around the world.

Shockingly, since 2014, spam has consistently ruled over half of all email traffic. 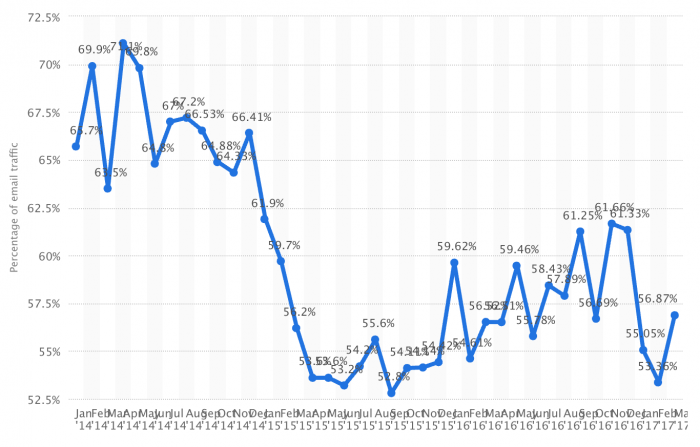 But there’s still more to keep in mind. While going to spam and getting blacklisted is detrimental, bounced emails are at the heart of a shoddy sender score.

What is a bounced email?

Well, there are two kinds of bounces: a soft bounce and a hard bounce.

A soft bounce simply means that your email was sent, but couldn’t be delivered because the recipient’s inbox was at capacity. These bounces don’t hurt your sender score, so for our purposes, we won’t worry about them.

A hard bounce, on the other hand, is far less forgiving. When an email bounces hard, it means that you are permanently unable to deliver emails to that address.

Most email marketing providers will show you the stats for how many emails bounced in each campaign.

There are two main reasons for hard bounces.

First, it could occur simply because someone changed or deleted their email address.

But more concerningly, it could happen because the recipient has blocked you, blacklisted you, or marked your emails as spam.

When that happens, your sender score plummets faster than you can say, “I have a proposition.”

In the end, spam and blacklists are only harmful because they cause your emails to bounce. Bounced emails are the crux of cold lead generation.

Because of all that potential damage, we now need to turn our attention to exactly how you can clean your email list from bouncers to avoid the demise of your sender score.

Deleting email addresses from your list can be difficult.

You hope that a prospect isn’t responding simply because they’re busy, or that the email didn’t get delivered because their inbox is full. But, usually, the reality is far less promising.

In fact, only 29% of bounced emails represent a deliverability issue. 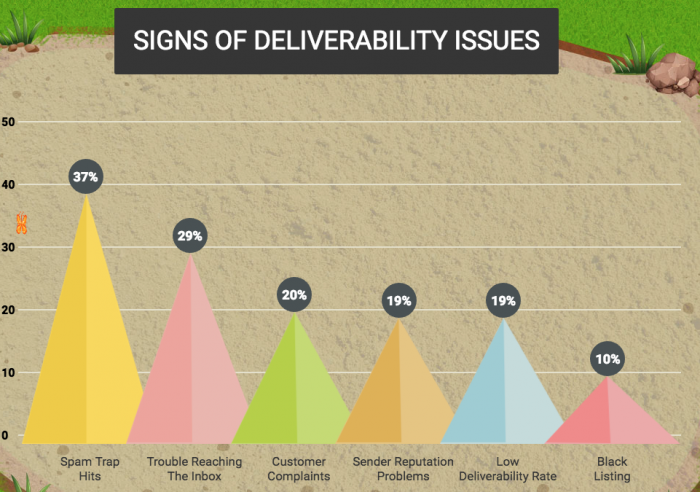 If you want to avoid a soaring bounce rate, it’s time for you to make some difficult decisions.

Namely, you have to decide who to remove from your email list and who to keep.

Remember, if a prospect isn’t responding to your emails, they aren’t doing you any good. In the end, keeping a questionable email address on your list for a false sense of hope only hurts your sender score and thus your lead generation.

Cold emailing is difficult enough. Don’t make it more difficult by avoiding the inevitable steps you need to take.

And as for those steps, here are three preventative tricks to use to avoid a low sender score cold-emailing hell.

Give up on non-responsive email addresses

Again, if someone isn’t interacting with your emails, there’s a good chance that you’re just annoying them.

I know that isn’t your intention, but cold emailing is a challenge.

According to HubSpot, it takes 18 phone calls to connect with a single buyer. 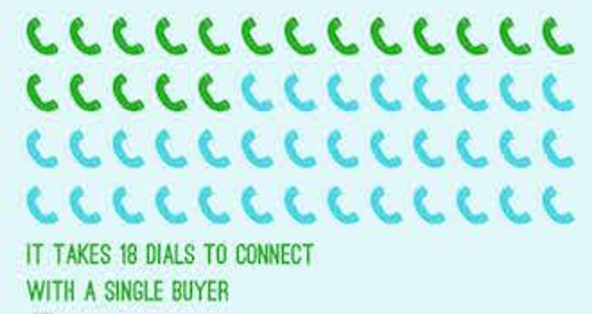 This stat refers to cold calling, but when it comes down to it, cold emailing and cold calling aren’t all that different. At the very least, it illustrates the challenges associated with trying to generate leads when there are no pre-existing relationships in place.

That’s a lot of phone calls before finally making a sale.

The case is much the same for cold emailing.

And that can be a lofty task.

In the end, if someone isn’t responding and doesn’t show interest in your emails, it’s probably best to remove them from your list.

More than that though, it’s definitely time to remove someone from your list if their emails bounce.

At that point, they aren’t receiving your emails, and having their email on your list is hurting your sender score.

The simple act of removing prospects who bounce and are unresponsive will decrease the chance of getting blacklisted or trying to maintain an email campaign under a low sender score.

These contacts aren’t doing you any good. It’s best for both of you to move on.

Most emails you receive have an unsubscribe link at the bottom. 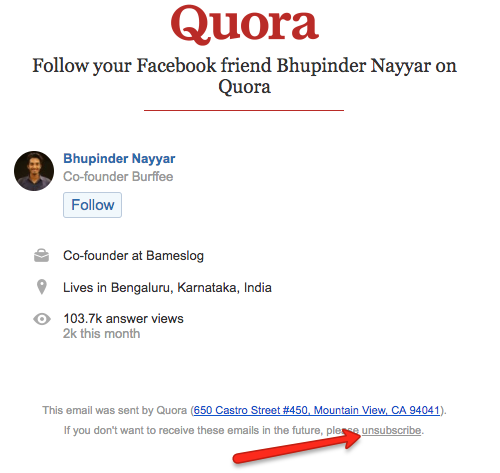 Sometimes we don’t associate unsubscribe links with cold emailing lists. But maybe we should.

Bulk email campaigns that have an unsubscribe button have a lower chance of going to spam. If the recipient’s email service discovers you trying to cover up your unsubscribe button, your chances of getting blacklisted skyrocket.

Plus, an unsubscribe link is an easy way for your prospect to opt out without blacklisting you.

If someone keeps receiving your emails and there’s no easy way for them to unsubscribe from them, what are they going to do?

Most likely they’re going to mark your emails as spam.

That will hurt your sender score significantly more than if they were to unsubscribe. Although you might lose some prospects from your list with an unsubscribe button at the bottom of your emails, at least you won’t get blacklisted.

Most bulk email-sending services, like MailChimp and Drip, automatically include an unsubscribe button.

But if you’re using Gmail to send your emails, here’s how you can create an easy unsubscribe button.

At the bottom of your email, type, “Click here to unsubscribe.” 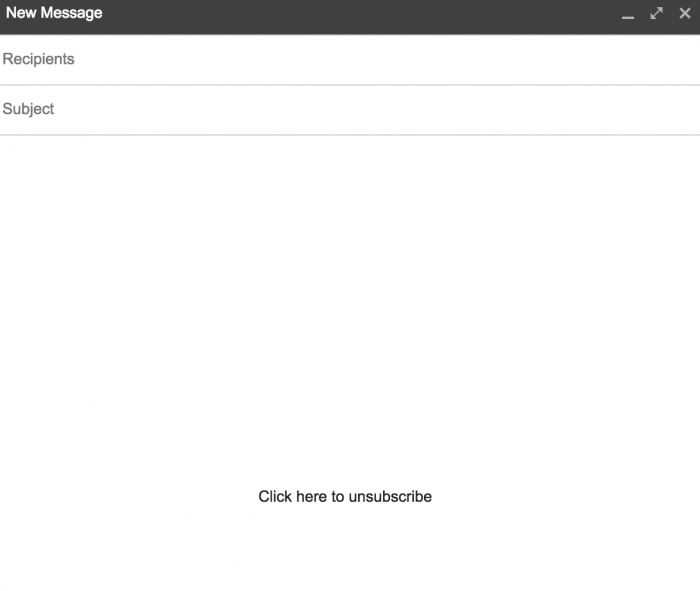 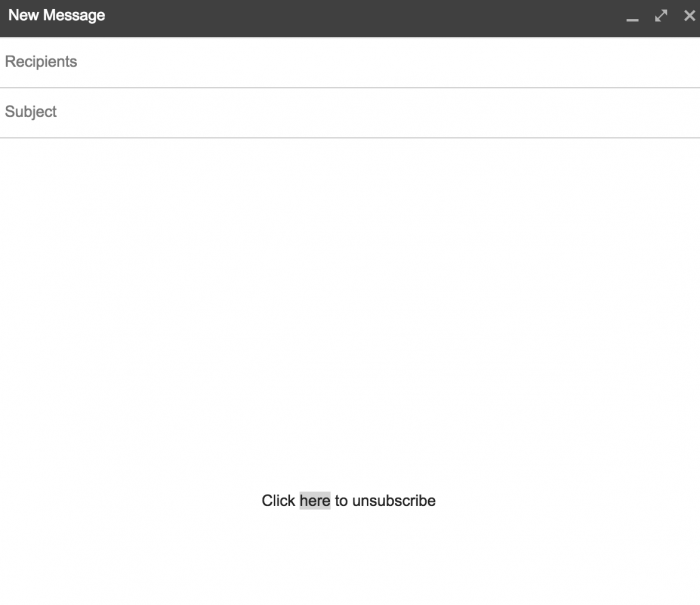 Click on the “insert link” icon at the bottom.

And type in “mailto:yourlist@yourdomain.tld?subject=remove” and fill in your appropriate list and domain name.

Anyone who clicks on this will be unsubscribed from your manually-created list.

If this method isn’t working for you, another easy way is to put “Reply with ‘Remove’ in the subject line to unsubscribe” at the bottom of the email.

Then, whenever you see someone reply this way, manually remove them from your list.

Whatever the case, make sure you have some method for allowing your prospects to opt-out of receiving your emails.

By doing this, you give people an easy way out. That way, they don’t click on “report as spam” instead.

What is email segmentation?

Traditionally, doing so is only for email marketers.

But that tactic can also work when sending emails to prospects. If you use email automation for your cold emailing, segmentation will be an option. Otherwise, doing so becomes very difficult without appropriate software.
Drip is perhaps the best-known email software system that offers intricate and effective segmentation.

Just how effective is email segmentation? 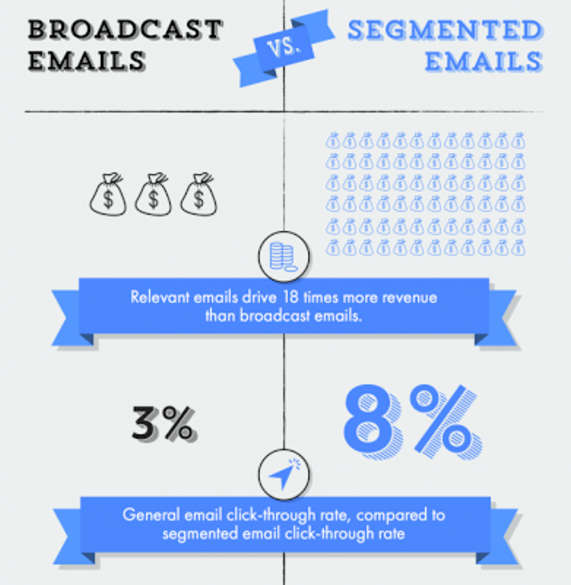 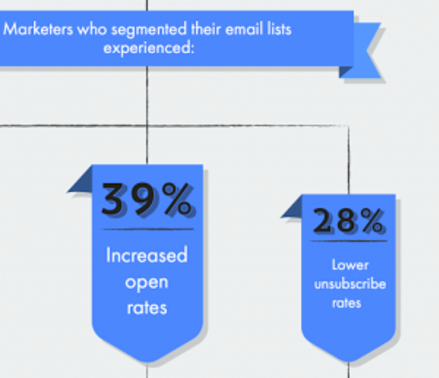 When it comes to cold emailing and segmentation, here’s what I recommend: automate your system for removing people from your list.

In other words, create a segmentation for your email list that removes contacts that haven’t engaged with your emails for a certain amount of time. Have it also remove email addresses that bounce, even just once.

Automating your email cleanliness will ensure that your sender score doesn’t suffer because you forgot to check for bounces or remove lackluster prospects from your list.

Although it’s tempting to keep all those emails that you’ve spent months, or even years, accumulating, it’s far less harmful to your sender score if you give up on prospects that are uninterested in receiving your emails.

In the end, cold emailing isn’t about building a list. It’s about finding the people who are interested in your offer.

And that’s something you can only accomplish by removing contacts who don’t fall into that category.
ADD_THIS_TEXT