ADD_THIS_TEXT
If you sell, you have to pitch.

Whether it’s a physical product, service, or digital download, you have to provide compelling reasons why someone should lay down their hard-earned dollars for whatever it is you’re selling.

In the modern world, you might still be making a sales presentation in an office or conference room, but you’re more likely to be doing it via the internet: videos, social media, blog posts, infographics, email and so on.

Either way, the pitch usually follows a fairly traditional structure:

Bor-ing. It works, but it’s not particularly memorable, and standing out in a crowd is paramount in the 21st century. For example, if you want someone to buy a website you’re selling, you need to communicate it in a different light. The competition is fierce. You need to make a lasting impression.

So what’s an outside-the-box-type entrepreneur to do?

A blanket, cookie-cutter pitch is stale and outdated. People want pizazz, zing, and that wow factor. The next time you find yourself making a traditional sales presentation, try this instead:

“A good pitch is one where you ask questions, listen to the prospect, and offer them a solution to a problem.” ~Wendy Weiss, author and sales coach

“Sending it through a service raises the perceived value to the recipient. And everyone likes opening a box, especially if they think it could be a present.” ~Kathleen Booth, VP of Marketing Strategy at IMPACT Branding & Design

Beyond that, you might also consider something daring and adventurous…go the unexpected and unusual route.

Is it risky? Absolutely. It’s not for every brand, company, or product.

Can it work? Most definitely. Digital marketing opens the door to many quirky, unconventional, and even weird channels and approaches.

But as the saying goes, fortune favors the bold.

Rapid and widespread circulation on the internet is possible for anyone, but that doesn’t mean it’s easy. It does take know-how, effort, and a bit of good old-fashioned luck. When it works, though, there is no better way to spread awareness for a brand, product, or cause.

The Status Creative video is less than a minute long, and didn’t cost them a penny (even the helicopter agreed to work for free, banking on the publicity that would come with viral success).

Erickson threw a basketball out of a helicopter, making a basket from 192 feet in the air. The world-record-setting video was viewed over 100,000 times in the first two days, was featured on a number of networks including NBC and CNN, and got the trio a meeting with executives to pitch a reality program idea featuring their work on creating events for positive causes and charities.

More importantly, it put them on the map. People knew them before they made a single pitch to anyone. They’ve since gone on to become a wildly-successful PR company working with high-profile clients and winning awards for their campaigns and promotions with high quality press release emails.

The video works because it was timely and relevant (a basketball video to celebrate March Madness), record-breaking (it’s the longest basketball shot made from a helicopter), and easily distributed (digital content).

Honesty in advertising. A pipe dream? Not for 11-year-old Charlotte McCourt of New Jersey. She took the idea literally…and her Girl Scout cookie sales have skyrocketed as a result. 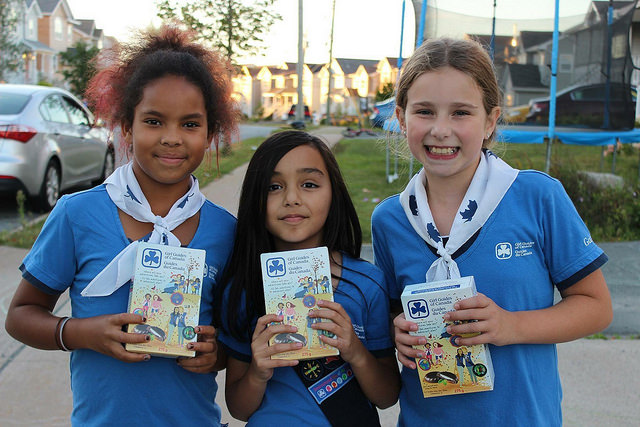 She wrote a brutally honest review of the various cookies available for sale – “a bleak gluten-free flavorless wasteland, 1 out of 10” was just one such review – and her efforts have since gone viral.

TV personality Mike Rowe heard about it and shared it with his audience…and the rest is history. At the time of this video, she’d sold over 16,000 boxes. In addition to that, Charlotte’s customers have also donated over 7000 boxes of cookies to American military personnel stationed overseas.

Tell the truth. What a novel and unusual approach.

PR firms. Talk about a dime-a-dozen niche. To succeed, you need to not only be good at what you do, but also make an active attempt to stand out when pitching prospective clients. 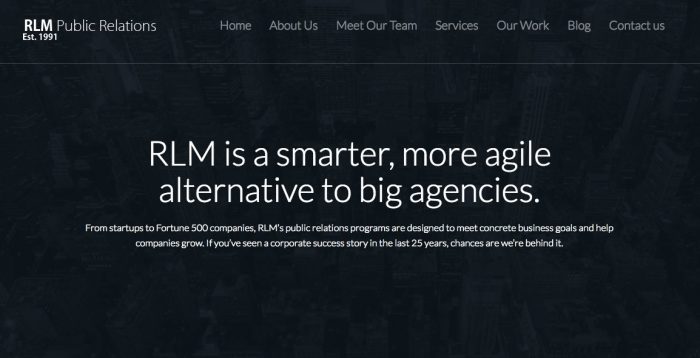 To succeed in the PR industry, you have to immediately connect and show a little personality.

Laermer would enter a meeting with a potential client, and give a box to the decision maker in the room. It contained all the recent news clips he could find about their company with plastic spider webs sitting on top.

Once they’d either laughed or sat there confused, he’d simply say “That’s all the PR you’ve gotten lately? We can do better” or words to that effect.

Did it make or break his pitch? Maybe not, but it did set the tone right away. According to Laermer, the approach worked more often than not and landed him some of their biggest clients.

The Squatty Potty is the little idea that could. It’s a bathroom stool to make – how do I put this delicately? – evacuating one’s bowels much easier and more comfortable.

There are some things we prefer to avoid in polite conversation. Better pooping lands squarely on that list. Rather than beat around the bush, Squatty Potty opted to shine a light on the issue with a delightfully bizarre video featuring Prince Charming and eating unicorn poop. 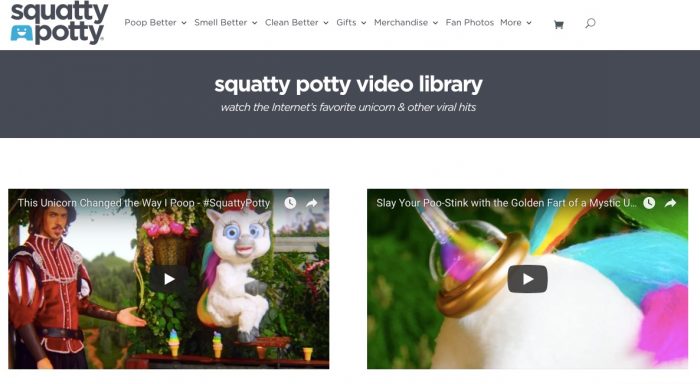 Because what better way to sell a bathroom aide, right?

The video needs to be seen to be truly appreciated. Titled This Unicorn Changed the Way I Poop, it led to a 600% increase in online sales, a 400% bump in retail sales, and over 32 million views in a less than two years.

The Squatty Potty has since been named one of the top 5 biggest money-makers to appear on Shark Tank, with sales expected to top $30 million in 2017.

Not bad considering it all started with a unicorn-poo-as-ice-cream premise.

You’ve heard of Dollar Shave Club. You might even be a member. They revolutionized the razor blade industry when they burst onto the scene with a decidedly unexpected and quirky sales video.

File this one under legendary…the original sales video for the Dollar Shave Club has been viewed nearly 25 million times on YouTube since March 2012. Founder Mike – just Mike – explains the business idea and product. But that’s where the traditional approach ends. 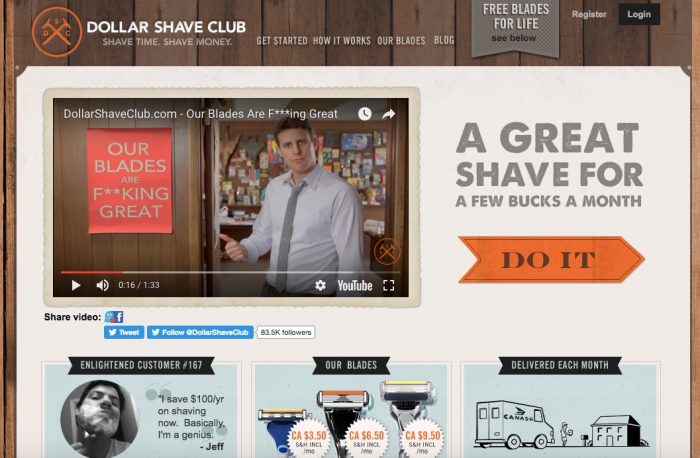 He describes their blades as “f***ing great.” He swings and misses at a tennis ball. He references grandfathers and Rockefeller. The entire video is tongue-in-cheek and absurd.

The unexpected and unusual can go a long way.

A study by Karen O’Quinn and Joel Aronoff examined the purchase price of a painting; some sales reps proposed $6000. Others proposed $6000 and threw in a pet frog. When it came time to negotiate, “The frog had a huge impact to the point where the buyer made a higher compromise on the final fee.” The unusual, it would seem, can be very powerful and compelling.

Like everything else, it takes practice. The more you pitch, the better you’ll get. It’s possible to pitch and close like a pro in very little time. It’s possible to learn from the worst and identify what to avoid at all costs.

What about you? What’s the wildest, unexpected, unusual approach you’ve taken with your business and product line? Leave your comments below:
ADD_THIS_TEXT